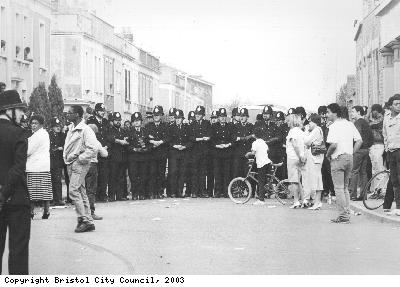 Just when does a riot signify a rebellion?
Well, let me tell of a time when communities took to the streets to defend their dominions.

The difference for some can be a matter of Colour,
But for many others is a matter of Honour.

I remember when as a boy-man just about to leave school,
Halston Drive, Brighton Street and Grosvenor Road were no places for fools.

How can you possibly understand when a person has reached the end of their tether?
Fed up of ritual police humiliation and tasting skinheads leather.

For when black lives and blue lines mash,
It becomes more than a culture clash.

And so it began on April 2nd, 1980, when the Black & White cafe exploded into flames,
Its raging occupants lighting up media headlines forever with dark fame.

The indigo skies were lit from the blaze the sirens blaring for miles around,
Whilst down below broken glass, desperate cries and shouts provided the street-sounds

In those moments there is no reasoning, reckoning, no time for sorrow,
Just ‘Get Up Stand Up’ with little hope offered for brighter tomorrows.

Toxteth, Brixton, Handsworth and Broadwater Farm came next,
From a people pushed beyond being merely vext.

Some say, ‘A crime is a crime, so those responsible must be punished and silenced!’
Ignoring state complicity through sus laws, mass-unemployment and violence.

After the school gates closed, I learned resistance and uprisings were commonplace,
In order to preserve black lives and save face.

Nanny Maroon, Bussa, Quamina and Sam Sharpe, all led Caribbean rebellions,
Against the evils of the slave trade that made many in Bristol and Britain millions.

Mandela and Martin went to prison, resisting with actions that were contrary,
To the Black Panthers and Bernie Grant who believed in ‘By any Means Necessary.’

Now Black Lives Matter and fresh activists take forward all these mantras,
Whilst others like me tackle social injustice in stanzas.

So, I can understand depending on your point of view,
Whilst this tale can make you feel black or blue.

But whether you call it a Riot or Rebellion matters not the least,
As just like back in the day, too many miss out on societies feasts. 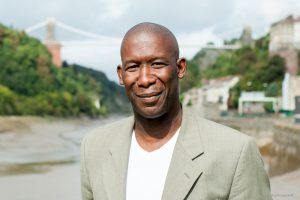 Proud and Pleased. Announced today 22nd March I have been awarded Lord Mayor’s medal by Bristol for my volunteer & social activism work. Thanks to everyone who has supported, worked with or helped me to contribute to others greatness. 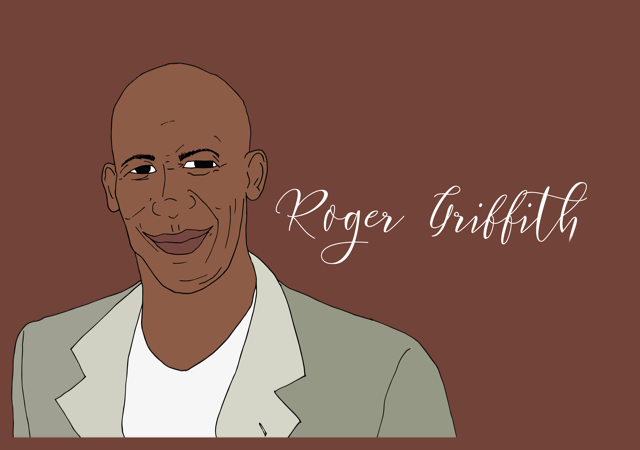 Read my article in B24/7 this week

And come to my event on the 26th of October!

Titled My Journey for Justice: In Search of a King

In this special event to mark Black History Month, I will take you through my journeys to justice. I plan to talk of my travels in America, where I discovered a shared heritage through slavery and identity from the civil rights struggle. Highlights include seeing the inauguration of Barack Obama and visiting the scene of the assassination of Dr Martin Luther King. Griffith connects this personal story to the Caribbean and the Windrush generation that brought him to Bristol. I will also give insights on current race issues, readings from his book My American Odyssey: From the Windrush to the White House and a brand new poem.

The lecture is followed by a special showing of Britain on Film: Black Britain from Come the Revolution.

Britain on Film: Black Britain 12A

MOVING MONUMENTS IN BRISTOL AND AMERICA

Events in Charlottesville, Virginia were a sickening reminder of why the past always remains present and can never be forgotten to prevent the same mistakes being made in the future.

Having wrongly predicted that Hillary Clinton would triumph, I’m now watching with both humour and horror as the Trump Tsunami devastates Washington DC and America.

Trump is and always has been a bigot and as far as I’m concerned just added to his rap-sheet and has a history of racism. In 1989 he called for the death penalty for five Black youths who had been wrongly convicted of rape. Then there was ‘Birtherism’ and his pathetic claims that President Obama was not born in America thus making him an illegitimate president. His candidacy began by calling Mexicans rapists and chants of getting Mexico to pay for a wall they had no wish to build at his Nuremburg style campaign rallies. So I was not surprised that he found it difficult to denounce the oldest terrorist group in America, the KKK and other white supremacists.

In Bristol with the Colston brand and resulting controversy still refusing to dissipate we appear to be at a similar crossroads over monuments.  Be it slavers in Bristol or America do we remove the past, celebrate them or historically update them within a 21st century context?

One of the most influential books of my life was written by author Gary Younge. In No Place Like Home (1997) he first made me aware of these issues and also the good, the bad and the ugly of America from a Black-Briton’s viewpoint which influenced me to not only visit but write too of my experiences.

Visiting in 2012, much of Virginia appeared untouched by modern life. Its present-day inhabitants give the impression that it is just the way they prefer things to remain, which would meet with the early English migrants’ approval. Their successors, the rebellious Founding Fathers of America, produced an elite group of men who would control not only the region, but also America and influence the world. The Virginia Dynasty, as they became known, produced four of the first five US presidents: Jefferson, Washington, James Madison, and James Monroe. All inherited plantations from their fathers, all of them kept slaves.

I had been drawn first to Monument Avenue in Virginia’s State capitol of Richmond by Gary Younge’s book. Monument Avenue is a wide boulevard with a grand central esplanade dividing the traffic shuttling in and out of the city. There I came face-to-face with the past in the imposing stone civic tributes chosen by the city’s fathers.

The first monument was of Richmond-born tennis player Arthur Ashe. Ashe overcame the authorities banning him from playing against white boys of his own age, by leaving Richmond to gain a scholarship in California, and becoming World No 1 and Wimbledon champion. Ashe became a prominent civil-rights campaigner and also fought against Apartheid. He died tragically of Aids, from a blood transfusion in 1993.

Moving along Monument Avenue I am met by towering testaments to the Civil War. The stone edifices of General Robert E Lee, General Stonewall Jackson and Confederate President Jefferson Davis lead you into Richmond.

Gary Younge wrote: ‘Monument Avenue felt like the cultural and political equivalent of putting a huge statue of Adolf Hitler and his sidekicks up on Kurfustendam Platz in Berlin – not as trite comparison as it might appear, given the number of blacks who died in slavery.’

Much of Monument Avenue today is based in a diverse multi-cultural neighbourhood, with many of its inhabitants passing beneath these monuments that are declaring their adoration for men who would have kept their ancestors enslaved.

My search for answers to the historical contradiction between freedom and slavery continued to President Jefferson’s former home, Monticello, seventy-two miles away. He designed his sumptuous twenty one room three-storey neo-classical mansion house and it is replicated in his monument on the Washington Mall. It is cited on a mountain-top with panoramic vista across Virginia to the nearby university town of Charlottesville where Heather Heyer was murdered.

President Jefferson’s plantation was a network of gardens, buildings and farms that raised a variety of crops and animals that were tended to by over two hundred slaves. There is plenty of evidence that President Jefferson was a benevolent owner. In keeping with the thinking of the Virginia slave-owners. He viewed slaves as we would children, unable to live independent lives of their own. He also had long relationship with a slave, Sally Hemmings and they had children together. I walked amongst some of the slaves’ quarters built below ground so not to spoil the view. Though the trade in my ancestors leaves me with a heavy heart, in order to understand and tell their story. It was here and places like this I began to piece together the origins of how the Transatlantic slave trade flourished and its links to Bristol and Britain via USA and the Caribbean.

This is an edited and updated extract from My American Odyssey From the Windrush to the White House published in 2015 on Silverwood Books. Roger is an Executive Chair and broadcaster at Ujima Radio CIC and a member of the Come The Revolution Film curators.

Today is going to be a sad, poignant day across America and my condolences go to the grieving families. The church is important to many in America generally and particularly within the African-American communities providing links of sustenance as well as prayer, a sense of community, support and comfort. It has given us diverse leaders from Dr Martin Luther King to Malcolm X; many musicians including Beyoncé and Aretha Franklin got their first starts there. Sportspeople, politicians and business leaders have all found spiritual links or their first connections. Later today you will see pictures of unity, tears and many speeches as America and indeed the world says a prayer for the nine dead churchgoers slain by 21 year old gunman Dylann Roof at the Emanuel African Methodist Episcopal (AME) Church in Charleston, America, a city where I have visited and write of in my book.

The fact that these innocents were savagely gunned down in cold blood during bible study in a year of civil rights significance in which we have been commemorating and celebrating in Bristol disturb me. Coming after several Police killings of unarmed black men in America, it shows that far from being post-racial or outdated the fight for equality and social justice whether through race, income, gender, age, religion, sexuality or disability continues to be not only relevant but a key tenet of any functioning society .

Until we have respect for others even when we don’t agree, an end to discrimination and the senseless violence that continues to be a tool of fear for too many across the globe it proves we not only have a long way to go but we must work even harder together to tackle