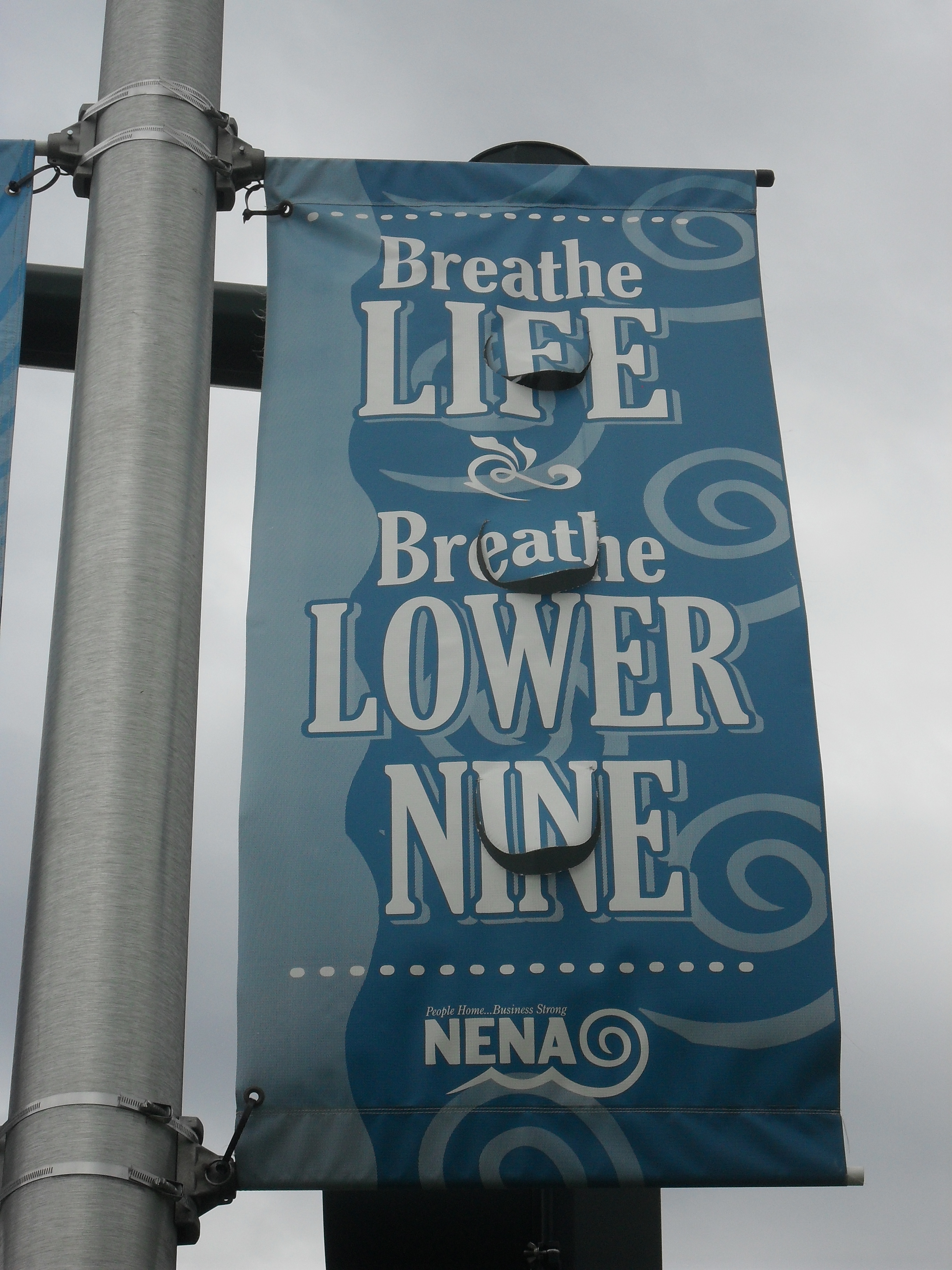 AFTER THE HURRICANE. AMERICA REMEMBERS TEN YEARS ON

Ten years after Hurricane Katrina devastated the Gulf-Coast region Roger Griffith visits America’s most unique major city New Orleans during the memorials of the anniversary. He begins by going back to the events of August 2005.

Part One – A Storm is Brewing

New Orleans because of its hedonistic appeal, foodie and musical elements has always held a special attraction for me even before Hurricane Katrina struck. I first came to New Orleans for Mardi Gras in 2007 having watched Katrina’s fury wreak havoc on my TV screen in August 2005, and then in Spike Lee’s excellent documentary-film When the Levees Broke, which I saw at the Watershed. The effect on the people of New Orleans had a profound effect on me and I will include in my next book Volume Two book ‘My American Odyssey’ which I have begun whilst here in the US. The story of Hurricane Katrina, for me, holds a mirror on some of the faultlines of modern day America including poverty, that are much different from the glitz and glamour many associate the country with.

Emerging along Interstate-10 (I-10), I view the famed Mercedes Superdome which dominates the New Orleans skyline. During my first Mardi Gras experience I never forgot the stories of heroism, loss of loved ones, ruined homes, belongings and broken promises that were told to me during my stay, eighteen months after Hurricane Katrina had devastated their city. More than any other American city, New Orleans is a city about the ‘other America’ or as the great creator of urban TV chronicles such as The Wire and Treme, David Simon describes it ‘the America that got left behind.’

Even before Hurricane Katrina struck New Orleans’ mixture of urban decay, racial segregation, corrupt politicians, violent crime and economic disparities between rich and poor were largely ignored. When Hurricane Katrina struck in August 2005 it literally blew open a new window of shame in America’s darker chapters of history. Nothing in modern day history demonstrates America’s inequality, in one of America’s poorest states and in a city that was predominately black. Hurricane Katrina would illustrate that the amount of green dollars you held, could mean the difference between life and death.

For the residents of New Orleans, Hurricane Katrina’s devastating visit in the summer of 2005 that left 1800 dead in the region and destroyed thousands of lives, will never be forgotten.

Living in such a hilly city in Bristol I am amazed how saucer-flat the city is. New Orleans sits below sea-level and is protected from the waters that border the city by huge concrete barriers called levees.  Imagine you are one of the many poor in a city of approximately 500,000 where 60% of that population is black.  Every day you watch many of your unemployed fellow citizens passing the tell-tale signs of urban decay such as the cardboard cities of the homeless, on daily basis. Imagine living in the bottom of a gigantic shallow bowl surrounded by water and all that protects you from the water are those levees. Imagine due to your poor health or low income that you are incapable of leaving the city and you have to wait in a hospital or nursing home totally dependent on the authorities for survival. Imagine you have no physical means of leaving the city, or – as was told to me – decide to stay to protect your home or look after your loved ones. Imagine one of America’s most violent hurricanes that battered Louisiana and the other five Gulf US states. Next, imagine the huge floating debris of the storm such as oil-tankers and industrial barges tossed about like toys and used by Mother Nature as gigantic battering rams to smash huge holes in the levees that you are dependent upon your life for. Finally imagine masses of water pouring through the holes like a giant concrete colander and into that shallow bowl that you call home, until it gradually fills up leaving you trapped. Then, and only then can you begin to imagine what happened when Hurricane Katrina thundered in from the Atlantic Seas to tear apart your home and demolish your life.

Each year the World Metrological Organisation has a list of names to christen the world’s hurricanes, alternating between male and female name until it became Katrina’s turn. Katrina began life in the Caribbean off the coast of the Bahamas on 23rd August 2005, before crossing the Atlantic Ocean. She gave the authorities fair warning of her intention, scything a wave of devastation 400 miles wide causing havoc in  Florida, Georgia, Mississippi, Texas and Alabama before reaching Louisiana. The Metrological Society has five categories of hurricane, with Category 5 being maximum strength. The experts predicted Katrina would reach Category 5 with winds of over 150 mph. The three bodies of water that surround New Orleans; The Gulf of Mexico, The Mississippi River and Lake Ponchartrain were whipped into frenzy by the winds and these waters began to flood into the city.

In America in times of a disaster, there is a complex chain of command between the branches of local state and federal government. This inhibited the disaster plan causing communication break-down, red-tape and incompetence to shackle much needed scarce resources. After receiving briefings from the weather experts, President Bush placed in command one of his oil friends, Michael Brown, as head of FEMA (Federal Emergency Management Agency).  The charismatic Mayor of New Orleans, Ray Nagin would have to request help from the Louisiana Governor, Kathleen Blanco, who in turn would request help from President Bush and FEMA. Of those who were ill and left behind, many suffered from schizophrenia, or had a mental illness. Many others did not have access to gain information from the Internet, television or radio. Many Americans, wondered why the residents didn’t leave after Mayor Nagin’s announcement. However over 100,000 people did not own cars, or did not have the means to leave. In addition the mandatory warning came just 24 hours before the heavy rains fell. Those who did leave, blocked and clogged the roads and were trapped bumper to bumper in scenes reminiscent of a Hollywood disaster movie. From the very outset it was clear that the local authorities, the government and New Orleans residents themselves were totally unprepared for the chaos Hurricane Katrina was going to bring.

Roger Griffith is the Author of My American Odyssey: From the Windrush to the White House available from Silverwood Books and is a Broadcaster and Director at Ujima Radio CIC in Bristol.