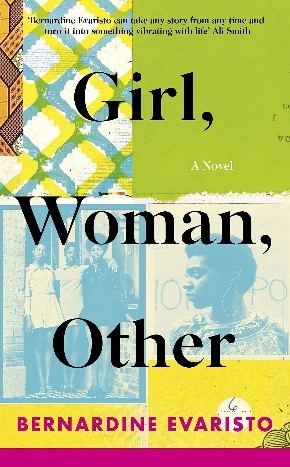 To mark Black History Month 2019 LibrariesWest have launched a reading list featuring books chosen by Roger Griffith (@rogerg44 ), a successful West of England author, social entrepreneur and local radio personality. The book list features authors from around the world featuring writers lived experience. Roger has selected, biographies, poetry, history, current affairs and books for young people. Roger said “This is a very personal list of books that will challenge people’s thinking and help understand the rich and varied lives from across the African diaspora. I hope you enjoy reading them as much as I did selecting this list! Please let me know what you think and feel free to let me know your personal favourites and why.”

Author Roger Griffith gives his rationale behind choosing his double-film bill which was screened to a packed audience at the Watershed on 17th May 2015 http://www.watershed.co.uk/whatson/6564/nothing-but-a-man-short  These films compliments his book My American Odyssey From the Windrush to the White House http://rogergriffith.co.uk

Roger is one of the team of Come The Revolution curators http://www.watershed.co.uk/filmhub/come-the-revolution  supported by Bristol Watershed and Bristol Festival of Ideas.

This Oscar Academy nominated documentary short film features the 85-year-old James Armstrong, an African American barber in Birmingham, Alabama, as he witnesses the fruition of an unimaginable dream. This was the election of the first African-American president of the United States of America. Armstrong was not only a flag-bearer on the famed Selma to Montgomery march of 1965 he was also a World War II veteran. His voter registration campaigns first helped African-Americans gain the vote who later helped an African-American enter the White House

Chosen by me as this summarises the second half of my journey from segregation to the White House and spent some time in the Birmingham barbershops which also doubled up as masonic temple halls where Dr Martin Luther King spoke at. I have attended commemorative rallies in Selma dubbed Sunday Bloody Sunday and I was there to see Barack Obama enter the White House on 20th January 2009

Heart-rending brutal portrayal of Black masculinity in one man’s fight for existence and self-respect. Reputedly Malcolm X’s favourite film and beneath the harsh layers of this black and white masterpiece it’s easy to identify why.

Chosen by me because the subject matter does not show the brutal physical scars of racism such as murders or lynchings. Instead Jewish director Michael Roemer who himself escaped the Nazi’s, tells the systematic struggle of the daily battle against racism money, dignity and pride to defy badly drawn stereotypes – angry black man, uppity n*gg*r. It includes a great Motown soundtrack with tracks from a 12 year old ‘Little’ Stevie Wonder’s debut single Fingertips, Mary Wells and Martha and the Vandellas. The film also explores issues of class, poverty, manhood and being a father and son in one man’s battle against the world….and himself.